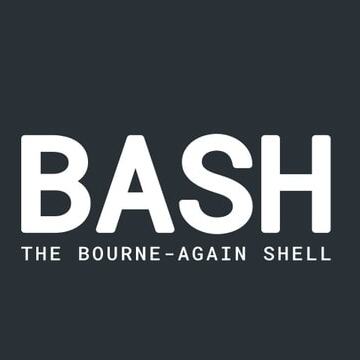 I’ve been trying to organize my photos recently. I hadn’t kept up with them and I recently discovered I have a pile of photos dumped into a single directory. I like to separate photos by the day they were taken so I end up with directories like:

Wanting to organize these as painlessly as I could think, I sought to run a few bash commands to split my pile of photos into directories like these. The first issue I ran into was the file formats - these were raw photos. I had found a nice tool called exif (sudo apt-get install exif) which I could use to extract the date the pictures were taken, but it only works on JPG images.

So step one was to convert the files. The ImageMagick tool (sudo apt-get install imagemagick) has a command called convert that will do just that. To convert them all without risking overwriting anything, a simple for loop works nicely:

This will convert files like DSC_0001.NEF to DSC_0001.NEF.jpg. Running this command was taking awhile and I wanted to see how much work was left to do. watch is the perfect tool for the job. It lets you repeatedly run a command and see its output. So all I needed to do was write a command that would list all of the .NEF files that did not have corresponding .NEF.jpg files. To do that, I used:

I ignored all output of ls (&>/dev/null) because the return code would be enough to determine whether the file existed. More importantly, I didn’t want to have to parse through whatever output the command threw at me. The || echo $f will only be executed if the ls failed, indicating the file doesn’t exist.

I had issues running this directly with watch, but I didn’t want to spend time debugging. Instead I saved the command to a file and ran:

Every 2 seconds the screen updated letting me know how many files were left to convert.

While the conversion was running, I prepared to get exif data out of the jpg files. I mentioned above that exif will do just that. Here’s what a sample run looked like:

(This was a really old photo - most of them were much more recent.)

I noticed there was the Date and Time tag in there. And in reading the man page for exif, saw that I could ask for values of specific tags using the --tag argument. Here is what happened for the same file above:

We can work with that! A few grep and awk commands later and I had:

To break that down: grep Value is pretty obvious. It will leave only the line containing Value so now our result will look like

Then this gets piped to awk '{print $2}'. This is a very common type of awk command to run. Since awk splits on whitespace by default, this will get us the second column, which in this case contains the text

I didn’t care about the time of the photo since I’m planning to lump all of the photos from the same day into a given directory. If I had wanted the date and time, I could have used awk '{print $2 " " $3}'.

Now that I have the date, I want it in my preferred format of yyyy-mm-dd so I once again turned to awk. This time I used -F':' to specify that I wanted to split on : instead of whitespace. Then I rest of the command glues the date, month, and year parts together with - in between.

So now I have to use all of this to make the directories and dump files into them. Before actually creating any directories or moving any files, however, I wanted to sanity check everything. I wrote a loop that spit out each of the *NEF.jpg files and the date I calculated for them:

The -n flag to echo tells it to not print a newline. I then saved the result of the command to calculate the picture’s date to a variable called dt so that I could reuse it in the code to follow. Here’s a snippet of the results:

After sanity checking the results, I felt confident enough to go forward. Here is the final product:

The most interesting part of this code is the ${f%.jpg}. This chops .jpg off of the end of the string. To fully grasp what’s going on, check out this article, specifically the section titled Substring Removal.

And that was it! Was a lot of faster than doing it by hand. Maybe there are tools out there that could have done this for me, but I found this more fun. You can really do some neat stuff with everyday command-line tools. I highly recommend using them for tasks like this to become comfortable writing bash.